May the 4th be with you! I really want to know who realized “may the force be with you…may 4th…holy shit” and what a great epiphany that was. Anytime we can devote a day to the best movie franchise of all-time it’s worth it. Honestly we should just figure out more puns with days of the year to make a “Star Wars Day” happen like every 3 months.

I thought it’d be fun to figure out which Star Wars characters mostly resemble NBA superstars, whether it’s from their looks, their personalities, or how their careers have gone so far.

He reigns over the league with an iron fist and he’s an evil, evil man. He feeds off the innocence and stupidity of Cleveland, knowing he can win back their love with one little championship after he left them to rot while he went and won two with Miami. Sad!

He was the chosen one for the Oklahoma City Thunder, but turned to the dark side and joined the very team that had embarrassed the Thunder in the playoffs, the evil Galactic Empire Golden State Warriors.
In all honesty, Kevin Durant and the Warriors are the nicest, most likable “villians” in NBA history.

Russell is now alone, the lone Jedi (now “The Last Jedi” too? Who knows). He wishes to bring balance back to Oklahoma City. But the temptation of the dark side is there, and if he wants to leave Oklahoma City in 2019, he can. 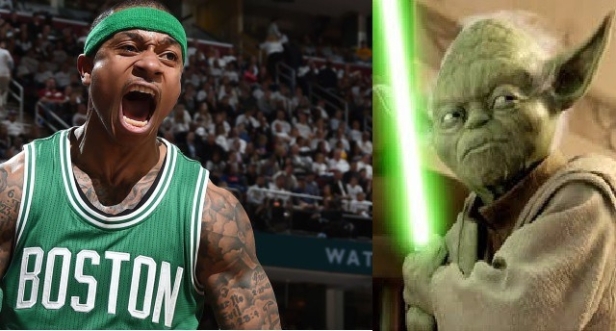 I don’t think I have to explain this one. With that being said is there anyone else in the NBA right now that is more liked than Isaiah Thomas? 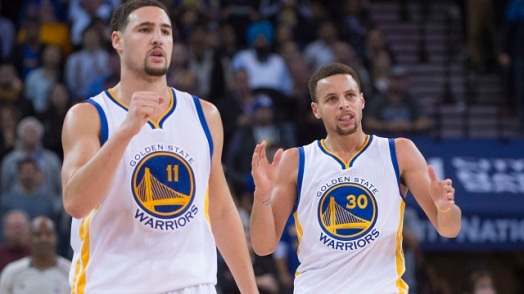 The Splash Bros are sort of like a couple gun-slinging, woman-pleasing, best friends from space.

The old, wise one. Sure, Pop isn’t a player, but you can’t deny this comparison.

This is probably the biggest stretch out of all of them. But my boy Joel likes to preach #TrustTheProcess which sounds a whole lot like #Hope which was Leia’s favorite thing.
RIP CARRIE FISHER you beautiful, crazy angel.

…And last, but certainly not least…

One thought on “If NBA superstars were Star Wars characters”